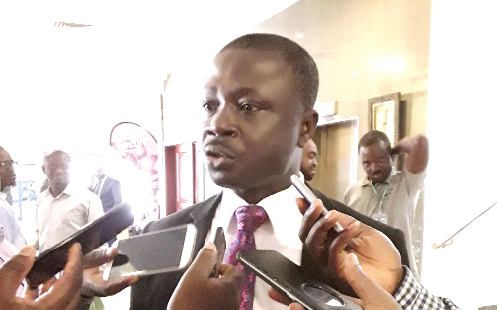 The Ghana Association of Savings and Loans Companies (GHASALC) is calling on the public to support Savings and Loans companies that have been cleared to continue operating following the clean-up of the sub-sector by the Bank of Ghana.

The Association says the public must remain calm and continue to do business with the companies that are currently operating.

The Bank of Ghana on Friday, August 16 announced that the licenses of 15 Savings and Loans Companies and eight Finance Houses had been revoked after they were found to be insolvent.

Among the 15 are some well-known institutions that hitherto, appeared to be operating normally.

For a few others, their collapse was not surprising as for several months their customers were unable to retrieve their savings.

Key among those whose licenses were revoked was GN Savings and Loans company which several months earlier, known as GN Bank, opted to be downgraded in the Bank of Ghana’s clean-up of the universal banking sub-sector.

According to the Executive Secretary of GHASALC, Tweneboah Kodua Boakye, the development was expected.

“We have been expecting this all this while because there were a number of institutions that were suffering as a result of these uncertainties in the market,” he said in an interview on Eyewitness News.

He said the 24 remaining savings and loans companies that were not affected by the Bank of Ghana’s action must be supported to succeed.

“There was an unfounded list going round but now the central bank has settled this. From the BoG list, it means that there are 24 savings and loans companies left in the market to do business. So we want to encourage the public to remain calm. This has happened and we were all expecting it. Let us support the companies that are left. Let’s support the system and the receivership process. If we are able to do this, I am very confident that the sector will be stronger,” he added.

He said the Association will do its best to ensure that the challenges that saw the 15 savings and loans companies lose their licenses, will be not be encountered by the remaining institutions.

“The issues that the central bank has identified and published, we will make sure that the remaining institutions will not fall into those challenges so that the industry will be stronger to serve the interest of the depositors and general public,” he said.

Mr. Tweneboah Koduah Boakye said training programs have been started for savings and loans companies to ensure that they comply fully with the directives of the Bank of Ghana.

“We have already started training our members and institutions in the law Act (930). We are also training the Board Members of the institution to ensure they comply with the law and directives. We have also been engaging the central bank on what should be should be done to strengthen the industry. So we will continue with all these processes that we have started and so we want to encourage our members to respond to our call.”